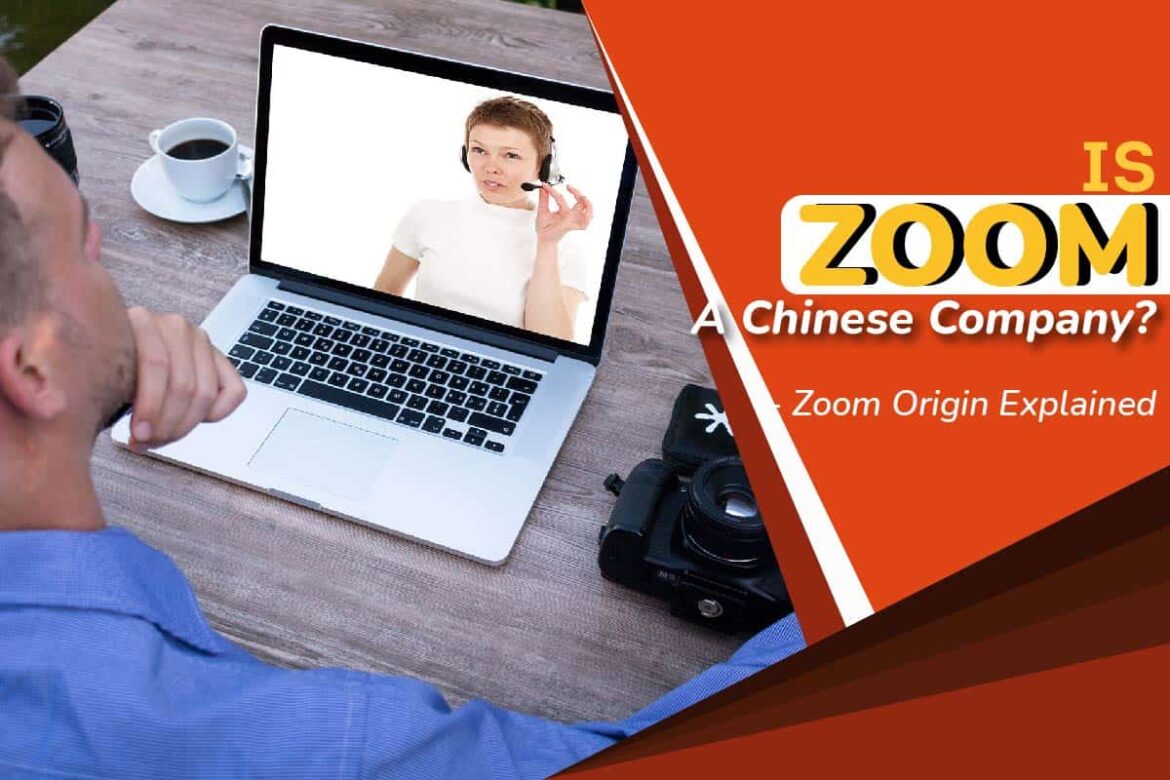 Despite the tough competition, Zoom has continuously gained popularity among its users. It has since become the most reliable video-conferencing application. Right now, the zoom is largely dependent upon organizations and academic institutions.

Zoom’s popularity peaked in 2020, right after the onset of the Covid 19 pandemic. Many businesses had to shut down their operations to control the spread of the virus.

This brought about the need for a reliable video conferencing platform that would allow employees to work from home.

Zoom’s journey to greatness is an amazing but two-sided story of struggle and success, just like that of other startups and big companies.

Their great products and fair prices gave them an upper hand in comparison to their competitors. They were able to stand up to some already established companies.

Responding to the question, Is Zoom, a Chinese company?

No, it is an American company. Zoom video communication was founded in 2011 and has been incorporated in Delaware since April 21, 2011.

Currently, the company’s headquarter is in San Jose, CA. The company also has 11 other office locations across seven countries.

The co-founder and CEO of zoom Eric Yuan emigrated from china in 1997 at age 27 and is a US citizen. Previously, Eric Yuan worked on a Webex video calling product. Cisco later acquired this in 2007. He is the largest shareholder of zoom, with 3.9% outstanding shares.

Zoom has some strong ties with china despite being an American company.  This is because the Zooms product development team is largely based in China. It also operates various research and development centers in China.

Zoom has previously come under fire with the United States government due to its links with China.

In recent years China and the USA have had an economic competition. Many economists have predicted that china’s economy will grow by 10- 15% in the next ten years compared to the United States. This prediction increased the tension between these two countries.

The United States government, through its intelligence, believes that China has been trying to get its hands to their classified information through their tech companies.

She commented this after being asked about the possibility of congress voting remotely. Together with those of many others, her comment made lots of people question the company’s loyalty.

Many started thinking it was a Chinese company with hidden motives to the United States government and citizens.

Earlier in 2020, the company admitted dealing with security and privacy issues, including the ‘Zoom bombing.’ Whereby Chinese intruders take over a meeting and post offensive images and pictures. This also led to a lot of Zoom lawsuits by affected users.

It also agreed to unknowingly have rooted some of their clients’ meetings through their servers located in china. To be sure that their users’ private information is safe and secure, zoom decided to stop selling new products or any system upgrades directly to their customers in China.

Before, they had much more direct interaction with their Chinese clients’. It offered online subscriptions and sales without the involvement of third-party partners.

What Does Zoom Do?

It is a cloud-based video -audio conferencing service that gained its popularity and large user base during the covid19 pandemic.

It offers a platform for holding live virtual meetings either by audio or video only or both, plus an additional online live chat. One can also save or record a session to view or listen to it later. Zoom offers unique services that are targeted to different groups.

A zoom room requires special subscriptions. It is the most ideal for large companies and corporations. The zoom room is the physical hardware that is set up for the companies. Through the zoom room, companies can organize and have their meetings from their owned space or rooms.

Zoom meeting is the common and most used service. Most people use it to hold video conferencing services hosted by zoom.

You can join the meeting by phone or webcam. Zoom meeting has helped many small and medium enterprises and teams keep in touch and continue working as normal. Most have been able to maintain their profit charts and even create more online jobs. It has been a great tool for many during holidays in previous years.

On zoom is their most recent feature that was unveiled by zoom in October 2020 during the pandemic. It allows zoom users can organize and monetize their events.

During the pandemic, many business owners and entrepreneurs turned to zoom. They wanted to continue providing their service to their loyal customers. Zoom decided to make the experience better and simpler by unveiling the Onzoom.

Zoom has some core features that have helped it to stay afloat, they include:

It offers free or subscribed services, but it solely depends on the size of the organization. Free services allow for a meeting of up to 40 minutes for up to 100 participants. In contrast, the subscribed version can host up to 500 people.

One on one meeting

You can hold a one on one meeting with another person for free.

You can record the meeting and view or listen to it in your free or any other time.

You can meet with a colleague or a large group and share your screen. This way, you all see the same thing in the room.

Why Is Zoom So Popular?

How zoom managed to stand out from this old opposition is attributed to its unique features, services and beliefs. They include:

Users can have access from several devices and platforms. It has IOS and android app for mobile phones, MacOs and Windows for the desktop app. The desktop app offers the best experience.

This has made it more accessible and adaptable by users. To be more competitive, they had to give their users a different experience from their competitors.

2. Push for a better environment

Over the years, there has been a lot of cry about climate change and its impact on the planet’s lives. One of zooms core values is ’care,’ and in it is the environment.

Its founder Eric Yuan believed that online meetings would reduce the rate at which people travel to meet physically. This is because vehicles are the most sorted after forms of transport.

They do produce toxic fumes when fuels burn, causing air pollution. The adoption of online meetings helped to regulate this.

Unlike its competitors, the zoom is aware that people prefer buying tested and proved services or goods. Therefore it starts by offering certain unpaid features to its customers.

Later, when the customer feels the need to upgrade to a better package, Zoom introduces them to their premium and paid-for features.

It is always about customer’s satisfaction and not the money they offer. So far, they have managed to sell their premium products to more than 130% of people. This shows how good their marketing strategy is.

How Does Zoom Make Its Money?

Regardless zoom has managed to stay profitable, and this is quite impressive. They are among companies that offer reasonable subscription plans to their customers. Their pricing is offered in tiers.

This is a free tier, and one is allowed to hold unlimited numbers of meetings. A group with multiple participants in a session is limited to a maximum of 40 minutes meeting. The disadvantage of this tier is that users can record meetings.

Its subscription cost is $14.99 per month plus meeting host. Hosts have the freedom of creating personalized meeting IDs for repetitive zoom meetings. Meeting help on this tier takes a maximum of 24 hours. Users can record Meetings to the cloud of their device.

This tier has a set monthly subscription cost of $19.99 per meeting and can only host a maximum of 10 meetings. Companies and business can brand their zoom meetings. The clients are given memorable services and can record zoom meetings.

This is the best deal offered by zoom. Its monthly price per meeting is $24.99, and it can only host a maximum of 100 meetings. It is the ideal option for a large business with more than one thousand employees. Additional great features are the cloud storage capacity, discounts on webinars and Zoom rooms and a customer success manager.

Businesses or companies that wish to set up zoom rooms are given a one-month free trial on this tier.  After the free trial, they have to pay $49 to continue accessing the room service.

The topic of whether Zoom is a Chinese company was triggered by the USA and Chinese strategic competition.  The company’s strong ties with China made the USA believe it was a Chinese company spying on the government and its people.

The former United States President, Donald Trump, wanted to crack down on these Chinese companies and even had issues with Tiktok. Contrary to popular belief, Zoom is an American company with its headquarters in San Jose.

Can You Live In Commercial Property? What You Need To Know

How To Deposit Cash Into Ally Bank: A Detailed Guide

4 Small Business Payroll Mistakes And How To...

The Best Option For Small Businesses Is Coworking,...

How Much Do You Lose By Not Saving...

10 Must-Have Electric Appliances And Gadgets For Your...

How To Promote Your Liquidation Stores: 6 Sales...

10 Must-Have Electric Appliances And Gadgets For...