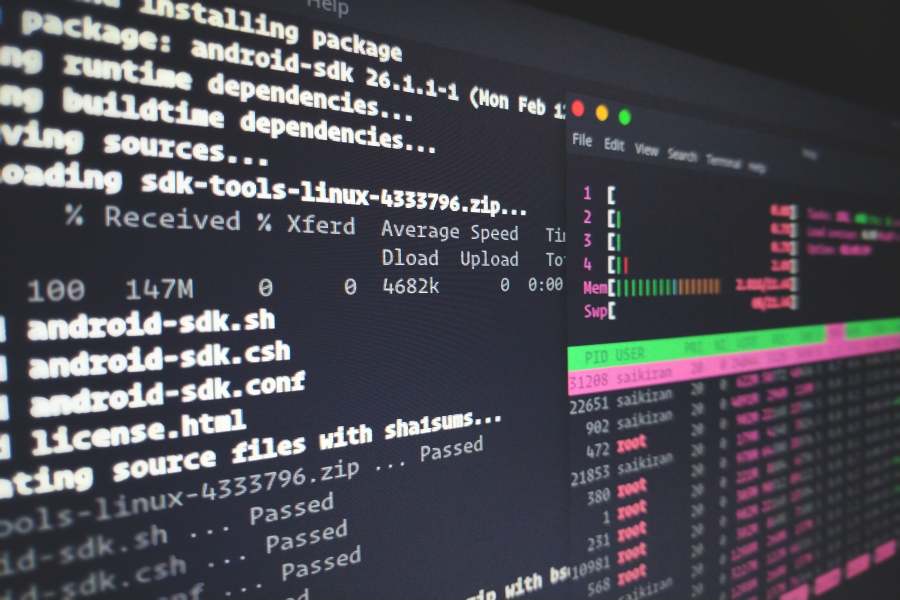 The open-source nature of Linux has made it an obvious choice for developers, system administrators, and other IT professionals who work with computers on a regular basis. But why do non-IT users also prefer to use Linux over macOS or Windows? Here are the reasons why people use Linux and not other operating systems.

Why Do People Use Linux?

The most obvious reason why people use Linux over other operating systems is that they’re free to use. Many popular Linux distributions, such as Ubuntu Linux and Linux Mint, are completely free to download, install, and use without any payment required. In comparison, macOS costs $129 for a single license, and Windows 10 is available for $119 per license. Linux can be a cheaper option for businesses, too. Businesses can purchase servers and other hardware that run Linux from a wide range of vendors. The free software that runs on Linux systems means businesses don’t have to pay for licenses for their employees to use it.

2. You Have More Control Over Your Computer

Linux gives you more control over your computer than macOS or Windows. First, Linux isn’t controlled by a single company. It’s developed by a global community of volunteers who work together online to make improvements and create new features. The open-source nature of Linux also means you can access the source code of all the software that comes with a Linux system, which allows you to better understand how your computer works and troubleshoot issues. You have the option of installing Linux alongside macOS or Windows to get even more control over your computer. This way, you can switch between operating systems at any time. You can also use virtual machines to run Linux software on Windows or macOS computers.

3. Linux Is More Secure By Default

Linux is generally more secure by default than macOS or Windows, though no computer system is completely secure. Especially in recent years, Linux has gained popularity and recognition as a secure operating system. Linux has grown to become a serious contender to other operating systems. More people are choosing Linux over Windows because of its security and stability. And more businesses are choosing Linux over macOS because it’s easier to manage and it costs less.

4. Linux Won’t Slow Down Over Time

Linux won’t slow down over time, which is a common issue with Windows computers after a few years of use. This is largely due to Linux’s open-source nature — unlike Windows, Linux doesn’t include any paid-for software that might need to be updated or changed over time. Linux also uses a more efficient system architecture than Windows. A computer’s architecture includes its processor type, amount of system memory, and other internal components that impact its speed.

Linux is designed for efficiency — it’s made to use the computer’s hardware as efficiently as possible. Linux uses fewer system resources than Windows, which means it has a lower impact on the computer’s processor and other internal resources. This is especially important for computers that run on less powerful hardware. You can run Linux on computers that are much less powerful than the hardware needed to run macOS or Windows.

People also prefer to use Linux over macOS and Windows because of the vibrant open-source community around it. The Linux community is helpful and friendly, and it offers a lot of support on different websites and forums. Linux users benefit from the many free online tutorials and resources that are available for Linux. New Linux users can find help with setting up their systems and with understanding the software that runs on them.

How to get started with Linux in your business?

How to Use Linux?

1. Install Linux On Your Pc Or Laptop

2. Use Linux As A Server

If you’re a business owner or you work in IT, you might know what a server is and how useful it can be. A server is basically your computer that keeps the data of your business or employees safe. From there, you can access the information or send it to others. In most cases, the servers that are used are Linux servers. This is because Linux is extremely safe, secure, and easy to utilize. Due to its ability to withstand high traffic, it has become the most sought-after operating system among businesses as well as Internet Service Providers (ISPs). If you have an online business or an IT office, you can use Linux as a server and keep your data safe. A Linux server can be installed on a single computer or a cluster of computers.

3. Use Linux For Programming And Development

If you are a programmer or a developer, you can use Linux for development. This is because it is an excellent operating system to code on. You can use Linux as an IDE (Integrated Development Environment) for programming languages like Python, C, C++, Ruby, Java, etc. If you are passionate about coding or developing software, this is the best operating system for you. You can also use Linux for testing and debugging your code. It offers you a wide range of tools and programming languages for writing unit tests, functional tests, and even performance tests.

If you are a gamer, you can use Linux to play games. There are thousands of games that are available for Linux OS. You can easily find them on Steam, GOG, Humble Bundle, and other websites. However, it is advisable to get a dedicated gaming computer when playing games in Linux as it will allow you to run the games smoothly and without any interruptions. You can also use Linux for recording gameplay and making videos out of it. There are plenty of software and tools that you can use for this purpose. For instance, you can use Open Broadcaster Software (OBS), Screenflow, Fraps, Movavi Screen Capture, etc.

5. Use Linux For Something Else

Linux is more secure by default, Linux won’t slow down over time, and it’s designed for efficiency. People also like the community and support of Linux. In the end, whether you use Linux, macOS, or Windows really comes down to personal preference. macOS and Windows are both excellent operating systems, but so is Linux.

Artificial Intelligence Software Development: How It Benefits Your Business

How Is Artificial Intelligence Implemented Into eCommerce?

Can You Use Sublimation Ink for Regular...